Hines Bending is proud to work with Eastern ShipBuilding Group and the United States Coast Guard for the Offshore Patrol Cutter Vessel initiative. Eastern Shipbuilding Group was awarded Long Lead Time Material (LLTM) contract for the first Offshore Patrol Cutter USCGC Argus (WMSM 915) on September 7, 2017 with the United States Coast Guard. For this project we supplied Eastern Shipbuilding with a Hines 200CNC-BendPro Control Machine as well as a Hines 800CNC-BendPro Control Machine to bend 1” pipe up to 6” pipe. 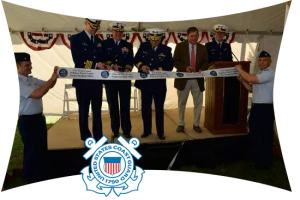 Eastern ShipBuilding Groups President Mr. Joey D’Isernia noted the following:
“The award of the Long Lead Time Material contract for the first OPC is a major milestone for ESG and the USCG. The fact that it was achieved on schedule and within budget underscores that this program is healthy and remains on track. Our team is excited about achieving this milestone and is eager to start production of USCGC ARGUS next summer following award of the construction contract.” 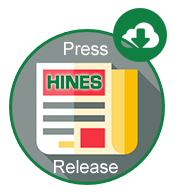 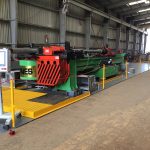 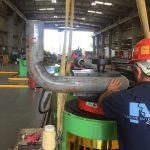 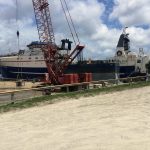 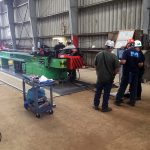